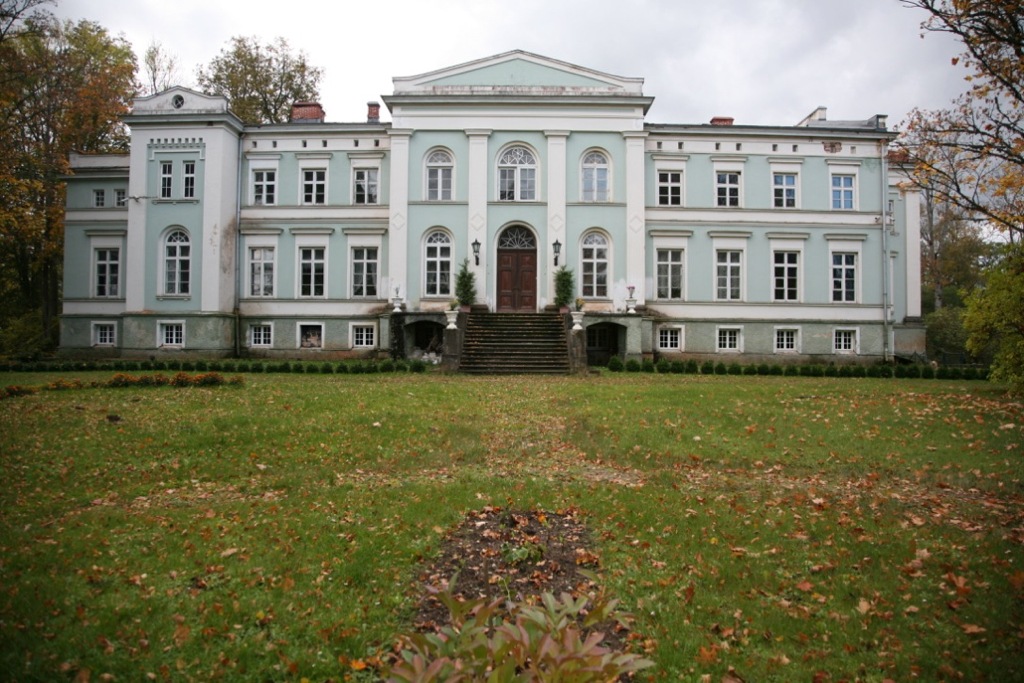 The surrounding area of Nogale historically belonged to the episcopal diocese of Courland, in what was once called Erwahlen. The last bishop, Herzog Magnus, also acted as a feudal lord. At the beginning of the 17th century, the manor of Nogale belonged to the district administrator Friedrich von Brunnow. The family acted as key landholders for approximately 100 years, until the property was sold to Magnus Georg von Fircks by Niklas Georg von Brunnow in 1710. The von Fircks barony then owned Norgale Manor for almost 200 years. The widow of the Baron Ernst von Fircks, born as Baroness Marie Behr, then sold the property to Otto von Transehe, who owned the manor until 1910. The Baroness Marie von Nolcken then took over the property until it was expropriated in 1920.

The mansion designed by the architect Theodor Seiler in the Neoclassical style, and is set in the middle of a scenic landscape. Due to the heavily-wooded and game-rich surrounds, it was also known as the hunting lodge of Baron von Fircks. Furthermore, its magnificent structure and features meant the mansion was also called “the Rundale of Courland”, in reference to its likeness to the stately Baroque palace.

The two-storey, 12-axled house stands on a high base level and has an imposing ionic portico on the park side. Also extending to the park is a small pavilion. The courtyard-facing side features a 3-axled portal with columns and gives an unusual visual effect due to the separate uniaxial façade of the left side.

The interior of the house is still remarkable today, most likely due to the restoration that was first undertaken in the 1980s. Neo-Baroque paintings cover the walls and ceiling, with Majolica ceramics, ornately decorated fireplaces and stoves also featured.

From the garden terrace you have a spectacular view of the lake, which covers over 2 hectares and is over 20 m deep. In the approximately 3-hectare sized park, the centuries-old oak trees are particularly noteworthy.