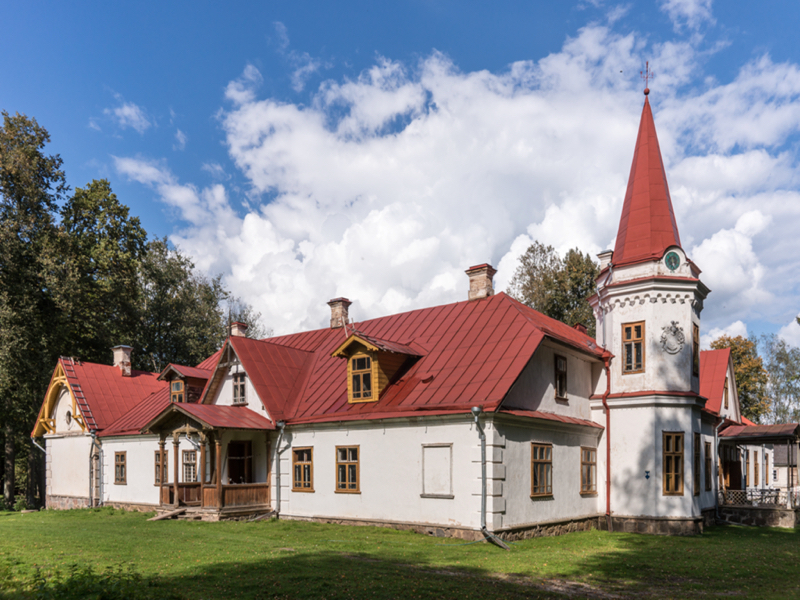 The former Arendole estate is located in Latgalen, in the district of Preili, and is sited on the banks of the Dubna River, a tributary of the Duna River. Daugavpils, the second-largest city in Latvia, is 40 km away. For fans of modern art, it should be noted that in Daugavplis (the birthplace of Mark Rothko), there is a remarkable new gallery dedicated to the artist.

Arendole was first mentioned in the 16th century and probably named after the first owner, Arent von Dalen. At the end of the 18th century, Arendole was first part of the Sieberg countship and then, at the beginning of the 19th century, it became the property of the Plater countship. With this, the Plater-Sieberg era of ownership began. The manor is also known for the first document in Latvian on the liberation of the serfs, which was implemented in Arendole Manor in 1861 by Count Stanislav Plater-Sieberg.

The heritage-protected estate complex is quite unusual for the Latgalen region with its architectural form. The main house, located in the centre of the estate, has two long wings that form a right angle. The smaller of the two is reminiscent of a church and features an octagonal tower angled sideways to the front of the house. A open staircase leads to the beautiful wooden veranda around the entrance. An enfilade connects the small hall with the rooms. Some early details and original features such as stucco ceilings and large functioning stoves can be found inside.

The park is still recognizable from its original layout and is intersected by the Dubna waters. Arendole was originally built as a hunting lodge. Its owners used the vast forests of the region to hunt, and the castle to reside and host celebrations.

After the expropriation, the uses have changed over time and as such, a number of relevant additions were made. In the main house, a small accommodation service is currently operated. The current owners have even more development ideas and are ready to assist.

Most notable is the nature around the property. The Dubna River meanders through the property and carries the theme of water into the landscape. Most concisely, Arendole is the perfect place for a nature lover who seeks a secluded retreat into nature. 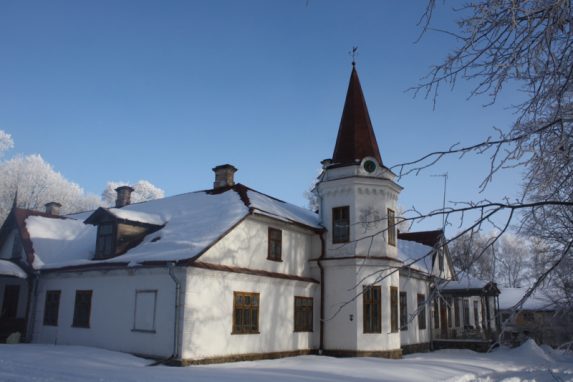 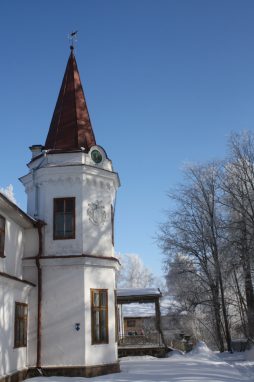 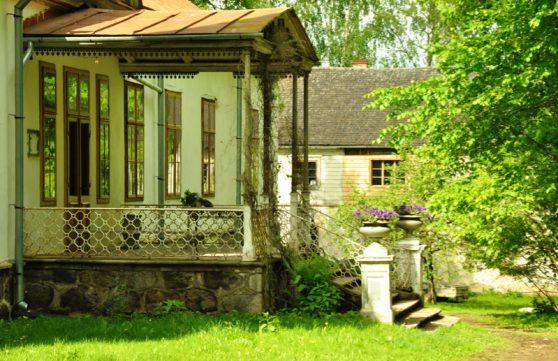 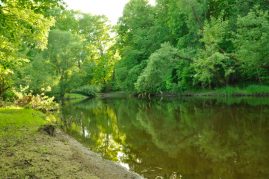 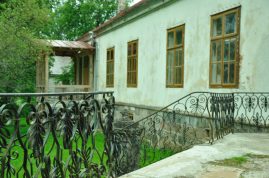 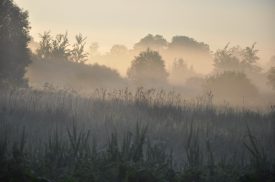 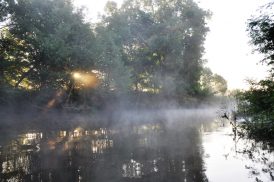 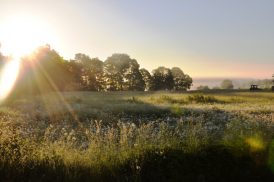 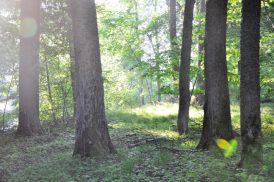 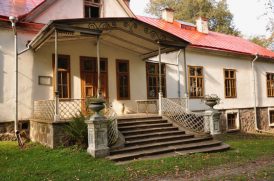 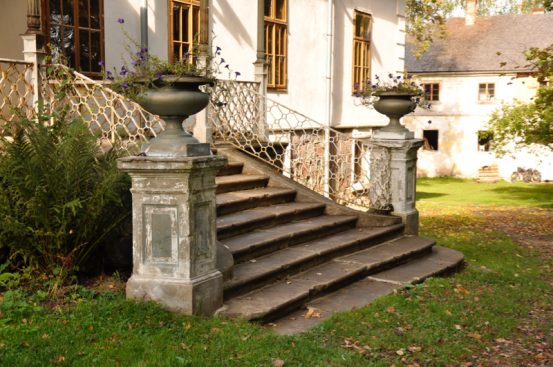 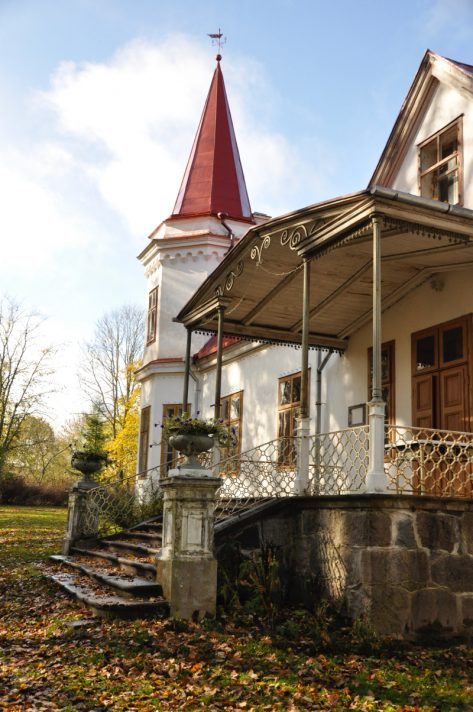 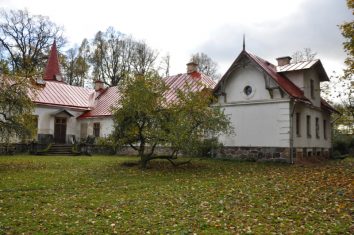 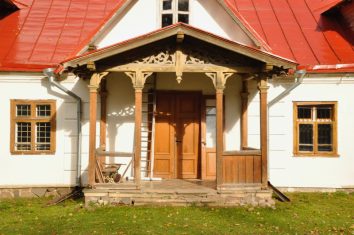 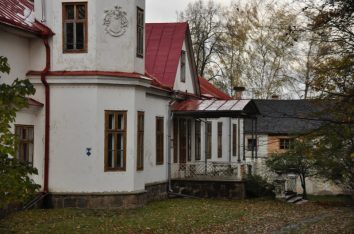 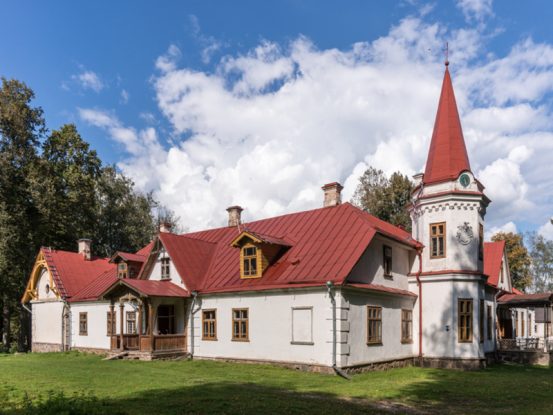 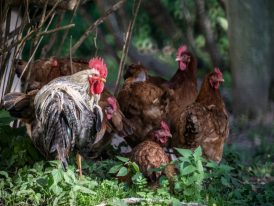 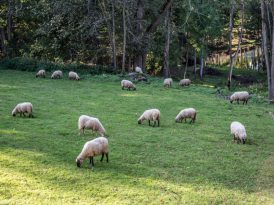 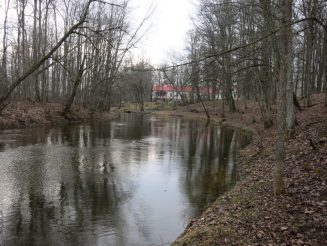 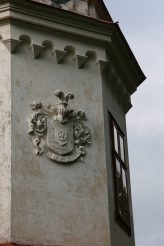 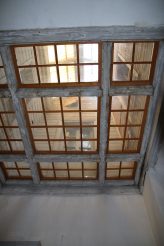 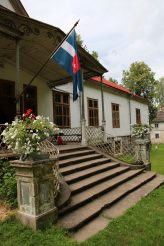 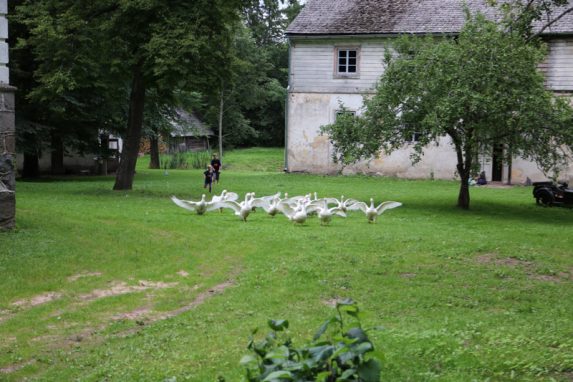 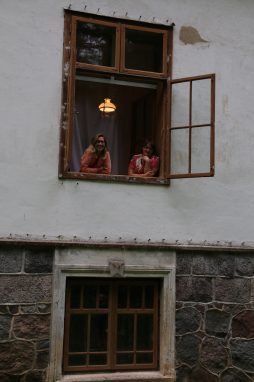